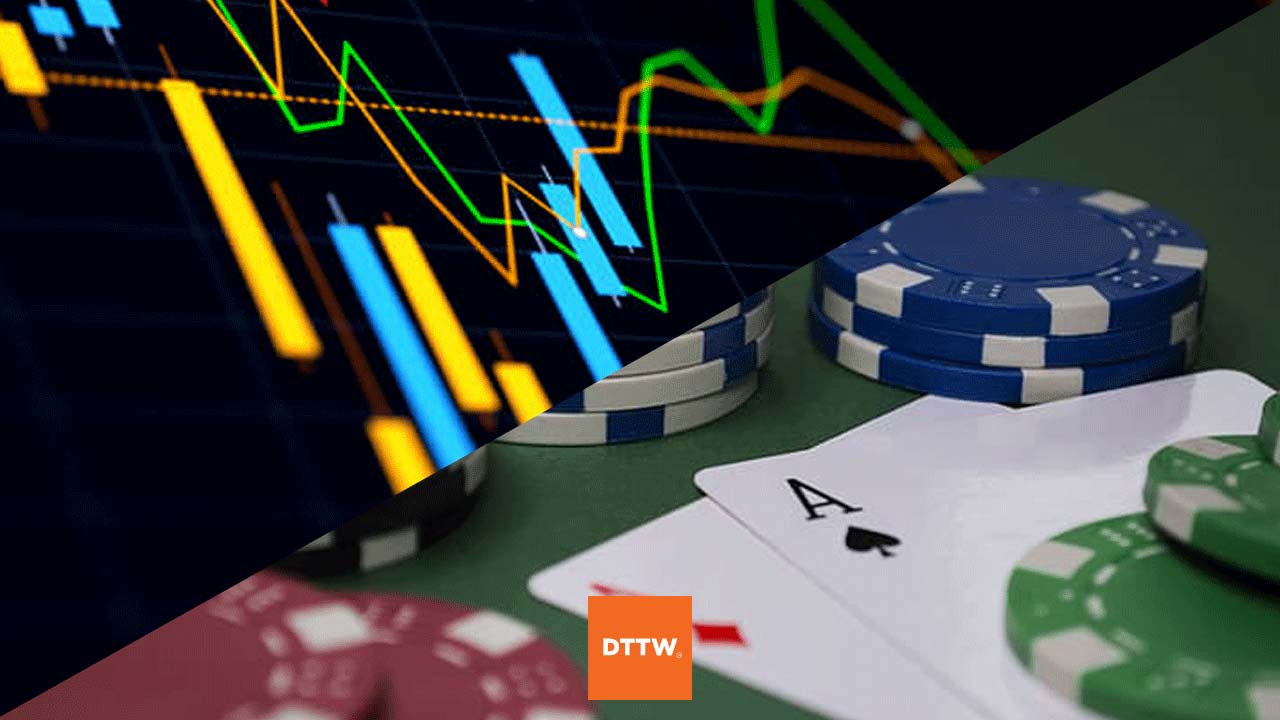 Trading and poker are often mentioned in the same sentences. Indeed, many new traders or people with no experience in trading tend to believe equate the practice to gambling. At the same time, studies have shown that some of the best poker players tend to do well in trading.

In reality, the two industries are relatively different but they also have their similarities.

In this report, we will look at the key similarities between successful traders and poker players.

Poker is a risky game. Stories have been told of people who make a lot of money and losing all of it in a single day. Similarly, we have heard stories about poker players who sunk into depression after losing a significant amount of money.

The same stories are told about traders.

The reality? All successful traders and poker players are also great in risk management. They know how to play with funds that they can easily afford to lose. Also, they understand the risks of overdoing trading and poker playing.

In our experience as a trader, we have realized that most traders who lose a big amount of their money are those who open tens of trades every day. The same is true about poker playing.

Emotions are very important in both poker playing and trading. In poker, the most successful players are the people who are well-skilled at reading the emotions of the opponent. That is the reason why it is very easy to win against a person who is new to the game. Indeed, to most successful poker players, a round tend to start before the game starts.

The same is true about trading: Emotions are the key drivers of the financial market.

While the strategy works for a while, most new traders tend to lose money once a reversal happens.

Successful poker players and traders have another thing in common: they all know how to make decisions fast when circumstances change.

In the financial market, successful traders are known to change decisions within split seconds. For example, if you are an equities trader bullish on a stock, you can easily turn bearish once a major event happens. This event could be a sudden resignation of the chief executive a new merger and acquisition, or even weak earnings.

The same is true in forex and commodities trading and in poker playing.

Trading and poker have rules, some written, some unwritten. For example, in trading there are rules on risk management, specific indicators, and treating it as a business.

Similarly, in poker, there are several rules, which include being disciplined, not playing when intoxicated, playing with funds you can afford to lose, and gambling to recover lost funds.

Successful poker players and traders know their successful rules, which is an important thing for the industries.

Poker and trading are often synonymous. Indeed, David Einhorn, one of the best-known hedge fund managers is also a well-known poker player. There are many other world-famous poker players who have made a fortune in Wall Street.

As demonstrated above, these two industries are extremely related although they deal with different fields.

AI can play poker, but It can’t play the markets yet - SelectVantage