Why the Jobs Numbers Matter and How to Trade Them 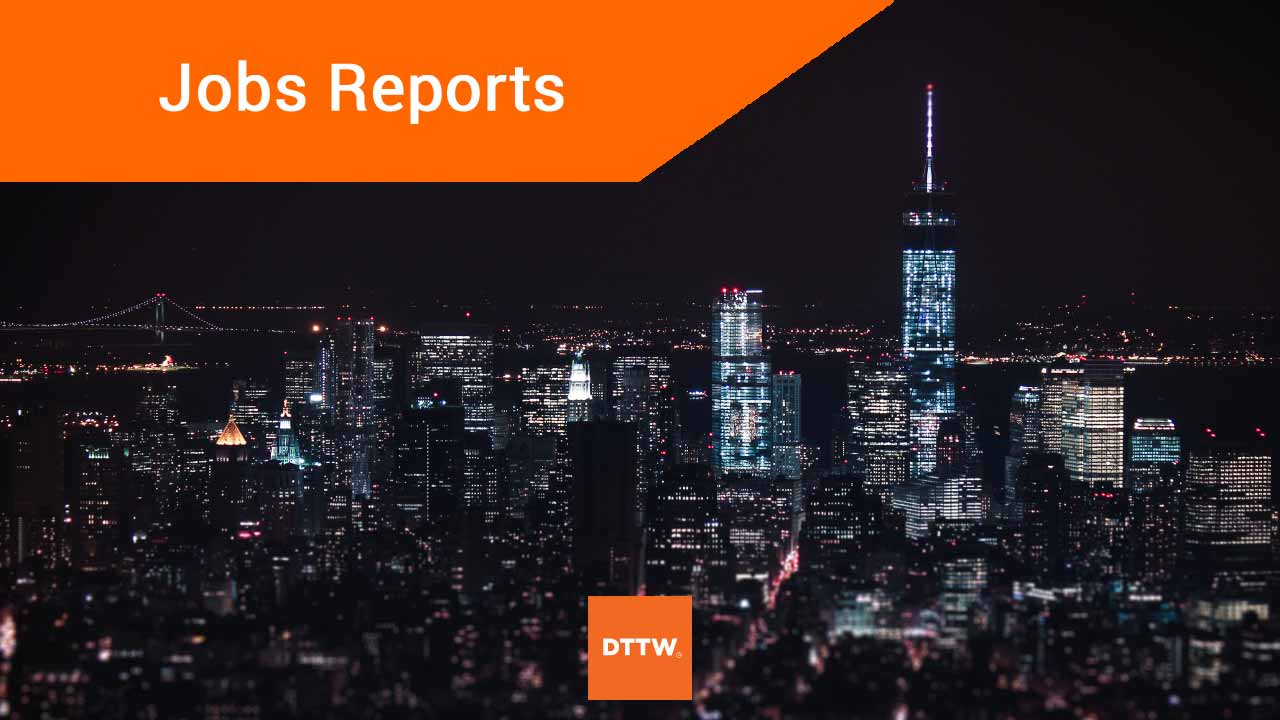 Every election season, politicians from around the world campaign on the promise of creating good, high-paying jobs. This is usually the most important thing that most people vote on.

Investors too pay a close attention to these numbers which are released every month by most developed countries. This is because when more jobs are created, it is usually an indication that the economy is doing well.

And this is more so when the number of jobs created are high paying. This is the reason why the US jobs numbers day is usually one of the most important days in the market.

The US jobs day

The jobs day comes on the first Friday of the month. On 8th January, the US released the jobs numbers for the month of December 2020. This number is released by the labor department, which collects the data from the employers.

According to the government agency, the US lost 140,000 jobs. Analysts had estimated that the nonfarm payrolls will drop by 50,000. Notably, this was the first decline since April 2020.

Earlier in the week, the Automatic Data Processing (ADP) indicated that the US lost 123,000 jobs. Just like in the case of the labor department, the reading represented the first drop in a period of six months. The unemployment rate remained at 6.7%, which is a point lower to the forecast of 6.8%.

These headline number are usually very important because they shows how the economy is performing. Still, traders pay close attention to other details in the jobs report.

› The importance of Economic Data for Traders

First, they look at wage growth. On 13th January 2021, the Bureau of Labor Statistics indicated that December’s real average hourly earnings had risen by 0.4% from the previous month. This number is important because it tells you how well the people are doing. By extension, it indicates how the economy is fairing.

This is because when wages increase, the consumer confidence increases which leads to more purchases. The wages number is closely associated with the number of average week hours.

This average currently stands at 34.7. The number is an indication of the number of hours people are working.

Since they are paid per hour, an increase in the hours is an indication that they are making more money. As a result, consumer spending is likely to increase. On a larger scale, businesses will record a higher number of clients, some will higher additional workers and the economy will flourish.

This number usually shows the percentage of people of working age who are not at work. A reduction on this rate is usually very good. It is usually a sign that businesses are thriving, hence the need for more employees.

Flourishing businesses are a further indication of an expanding economy. However, traders also look at the U6 unemployment rate that currently stands at 11.70%.

The U6 is often called the official unemployment rate because it captures a larger net.

This is because it tends to increase the productivity of the population.

When the employment number is released, a few things can happen. A sudden improvement can lead to a stronger dollar as people start feeling good about the economy and the pace of rate hikes.

As it does this, the yields on the treasuries might increase as people brace for more rate hikes from the Federal Reserve. As the rate increases, the performance of the stock market could move lower as people move to bonds.

Another set of data that you should look out for as a trader is the nonfarm payroll. It is a measure of the workers in different sectors excluding farm employees. The data also excludes employees in non-profit organizations, businessowners, private households, and some government workers.

The figures are released monthly by the Bureau of Labor Statistics (BLS).

One of the key reasons why traders and economists follow nonfarm payroll numbers keenly is its role as an economy indicator. On the one hand, a decline in the nonfarm payroll figure is a signal that the economy is contracting.

Conversely, the rise in nonfarm payrolls signifies an expanding economy.

A good example of nonfarm payrolls as an indicator of a country’s economic growth rate is the April 2020 data. During this period, the WHO had just declared coronavirus as a global pandemic. Businesses were beginning to feel the pinch. Some had to layoff some workers while others closed shop.

Subsequently, nonfarm payrolls in the US dropped by 20.5 million. It was the highest figure since World War II. It was a clear sign that the US economy was contracting. True to the figures, the US dollar index began its downward trend after reaching a 3-year high in late March.

Nonfarm payrolls are also helpful in evaluating the performance of a particular sector. The availed data is grouped into two broad groups: manufacturing sector and the service industry.

For instance, a trader interested in industrial metals such as copper and silver should focus more on the manufacturing nonfarm payroll numbers. A higher figure is a sign of higher demand for products and the subsequent increase in activities within the factories.